Today, on Spreewaldallee in Mannheim-Vogelstang, the new Kurpfalz Center has opened, with 26 shops and five restaurants. The real estate property is almost 35,000 m² in size, and has been undergoing modernisation and expansion since spring 2012. The Real hypermarket has reduced its area, creating space for Adler, Aldi, dm drogerie-markt, Ernsting’s 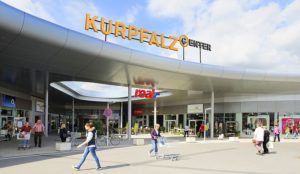 Family, Fressnapf, GolfHouse, Siemes Schuhcenter, Toys"R"Us, and many other tenants. The center is managed by MEC METRO-ECE Centermanagement, and will now be positioned for the first time as a retail park, under the new name "Kurpfalz Center".

"The Kurpfalz Center is another successful project development from METRO PROPERTIES being completed this year," says Dr Michael Hartung, Regional Director for Germany at METRO PROPERTIES, which has been responsible for carrying out the conversion work while business continued as normal. At the start of September, the Dortmunder Indupark Center was reopened after two years of revitalisation and reorientation. Both properties had already been sold in June to the life insurance agency, Württembergische Lebensversicherung AG. "As project developer, METRO PROPERTIES considers its primary goal to be creating an attractive shopping experience for the customer. We believe this means not only modern architecture, but also creating value with the real estate, and selling it at the right moment," says Dr Hartung.

Broad range offered for the region
"The Kurpfalz Center is conveniently located for traffic, close to the Viernheim intersection on the highway, and has above all closed gaps in the industry mix, and satisfies the considerable demand from interested tenants," 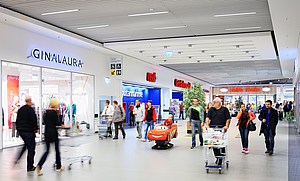 says Christian Schröder, COO MEC. Retail markets such as Bauhaus and XXXL Mann Mobilia in the immediate vicinity complete the range offered for the region. There are 1,000 free parking spaces, making time spent at the Kurpfalz Center convenient; and there are a further 1,100 parking spaces at the hardware and furniture store. "In terms of business outlook, the proximity to the premises of the Taylor Barracks is interesting, the repurposing of which is now pending, following its acquisition by the municipal development association," says Center Manager Jacqueline Brunner.

Making old things new
The Kurpfalz Center as it stands today was built in 1972 and expanded in 1981. Before Real moved in, Wertkauf and WalMart ran a large hypermarket there. During the renovation of the Center, the first task was to reduce the selling space of Real to a contemporary format. Since the end of last year already, the newly designed hypermarket has been impressing visitors with an entirely new store concept, with new product ranges and a modern fresh produce section. The area freed up has benefited from, amongst other things, a shopping zone as well as new specialist retailers, shops and restaurants. The modern mall has seating areas and a new lighting concept, creating a feel-good atmosphere. The facade has been renovated in essential areas, and fitted with large display windows that even from far away invite customers to come and spend leisurely time inside. The roof of the building was also thoroughly renovated and brought up to the latest energy standard. The technical building services were completely dismantled and replaced with new and highly efficient systems. The large number of new stores also required the adaptation of the traffic facilities. Not only does everything now look modern and chic, but the use of energy-efficient technology will also allow the Center to reduce its power consumption by a third in future.